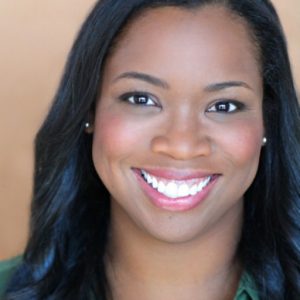 Dr. Kia Skrine Jeffers (Kaiser/UCLA CSTI Scholar) is a community-based Registered Nurse who has a background in both art and science. She received her undergraduate degree in Broadcast Journalism from North Carolina A&T State University, and has appeared in many stage and television productions. She entered the field of nursing through the Master’s Entry Clinical Nurse program in the UCLA School of Nursing, where she also obtained her doctoral degree. Dr. Skrine Jeffers was inducted into Sigma Theta Tau International, the Honor Society of Nursing, was a Robert Wood Johnson Foundation New Careers in Nursing Scholar, a UCLA Clinical and Translational Science Institute Summer Training Fellow, a Jonas Veterans Healthcare Scholar, and was a recipient of the four-year Eugene V. Cota-Robles Fellowship and Kaiser Permanente/Deloras Jones Scholarship. She has worked on three research projects with the Los Angeles Community Academic Partnership for Research in Aging (LA CAPRA), was a collaborator on the development of the Ethnocultural Gerontological Nursing Model with the UCLA Center for the Advancement of Gerontological Nursing Science, and is a member of the UCLA Public Health Critical Race Working Group.

Career Interests: Dr. Skrine Jeffers is interested in conducting interdisciplinary research that addresses the disparate health and social conditions of African Americans who reside in underserved communities within Los Angeles.

News
Dr. Kia Skrine Jeffers continues in the NCSP as a CTSI-funded third year fellow. She is conducting a NIH/NIA-funded project that will examine the associations between unfair treatment experienced within employment, criminal justice, education, and housing, and cardiometabolic risk among African Americans. She will also complete her two-year, CA Arts Council-funded theatre piece in partnership with the Center for Health Services and Society and Healthy African Americans II. The team is evaluating the impact of the play about African American women with depression on depression-related stigma and collective efficacy among participants and audiences.